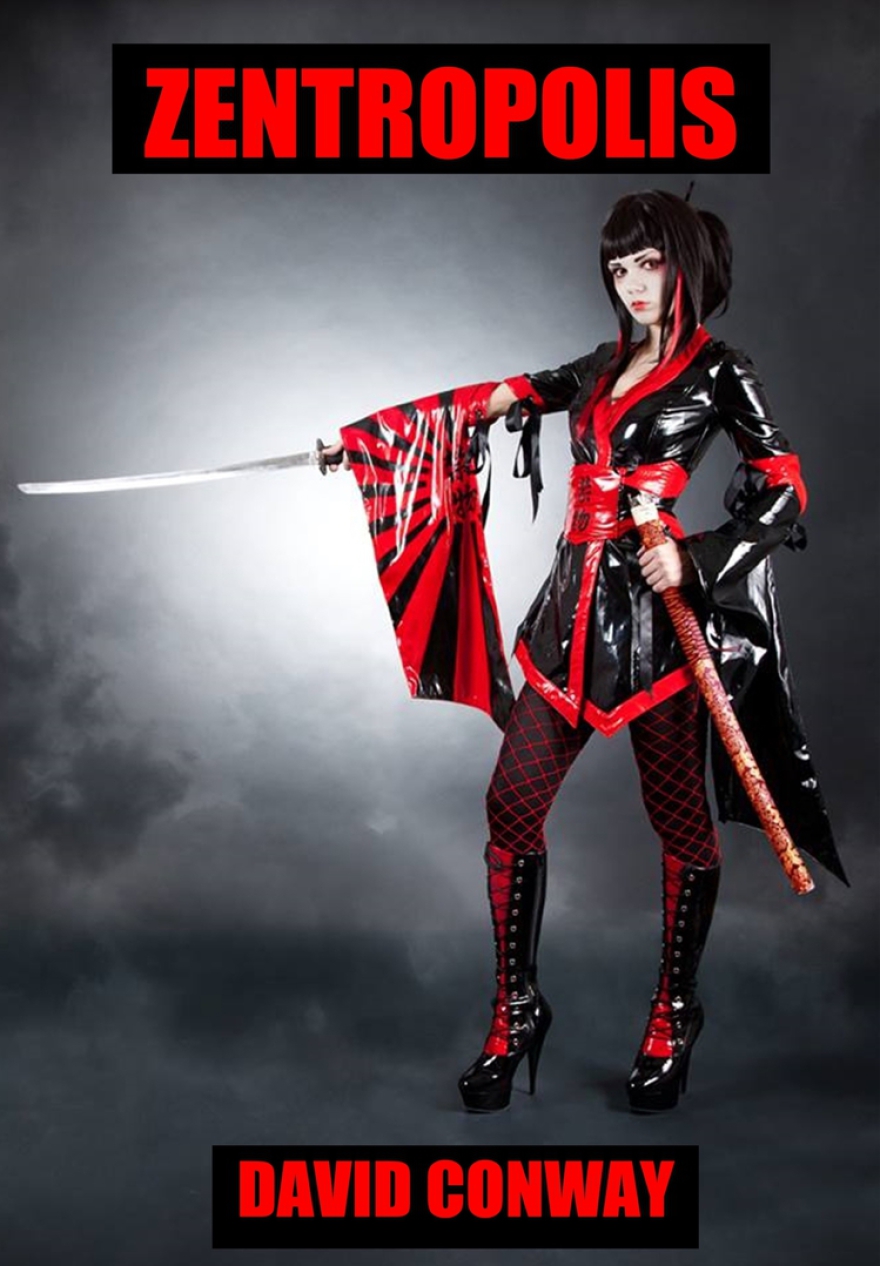 In the aftermath of a global cataclysm the totalitarian city-state of Zentropolis rises from the ashes of Japan.  Marukido Sada, a freelance assassin and last surviving exponent of a mysterious neugenics program known as Project Equinox, embarks on a hazardous mission that draws her deep into the heart of a hostile urban dystopia populated by fanatical religious cults, vicious crime tribes and subversive groups obsessed with the erotic possibilities of biological mutation.  Her quest culminates with the revelation of a genocidal plot led by the charismatic doyenne of a sinister new phenomenon -- the ultraviolent muzan-eiga craze -- inspired by malevolent alien entities whose ultimate goal is the extermination of all life in the name of an obscene creed steeped in timeless evil.

ZENTROPOLIS combines elements of science fiction, horror and the occult with vivid imagery derived from the stylistic extremities of Japanese manga comic books, anime and their historically-controversial muzan-e predecessors -- a spectacular rollercoaster ride in which the cosmic potentialities of Eastern and Western fantasy traditions collide with apocalyptic consequences. 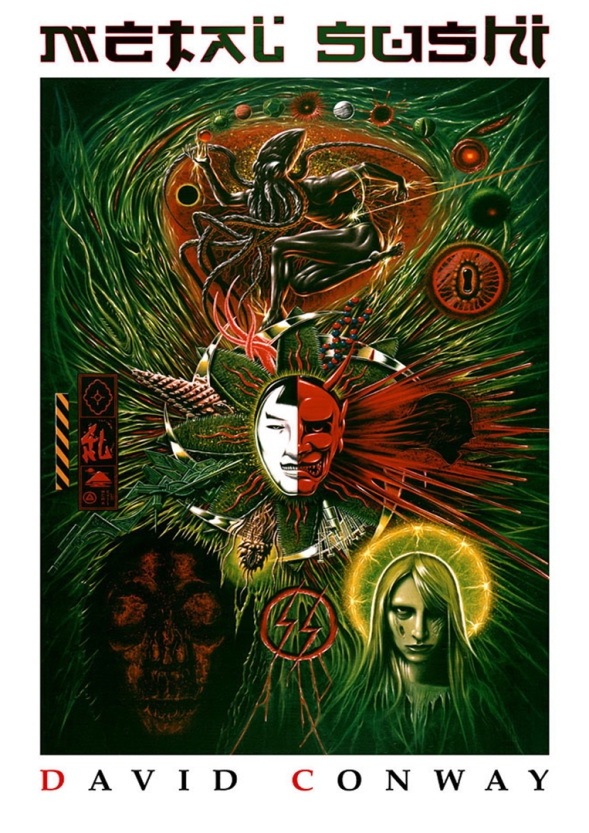 "David Conway is the most powerful and distinctive writer of horror fiction since Clive Barker ... "

-- Grant Morrison, author of Arkham Asylum, The Invisibles and The Filth.

"An authentically Lovecraftian marriage of contemporary science and the cosmic ... "

"In Metal Sushi Conway treats the unification of Gothic and science fictional impulses as a chimerical marriage with the potential to create an unprecedented new form ... "

" -- Like a hybrid monstrosity spawned from an unholy alliance between William Burroughs, Ignatius Loyola and the Marquis de Sade, David Conway's stories will take you to a dimension of absolute nightmare ... "

CONTAINS EXPLICIT MATERIAL OF A VIOLENT AND SEXUAL NATURE

METAL SUSHI -- in its final and definitive form -- is available to buy from Amazon.com and all the usual outlets at the regular price of £7.95

The following titles are now available to buy from Amazon.com, Waterstones, Barnes & Noble and other outlets at the recommended retail price of £8.95.

All titles are also currently available as e-books and Kindle editions in various formats. 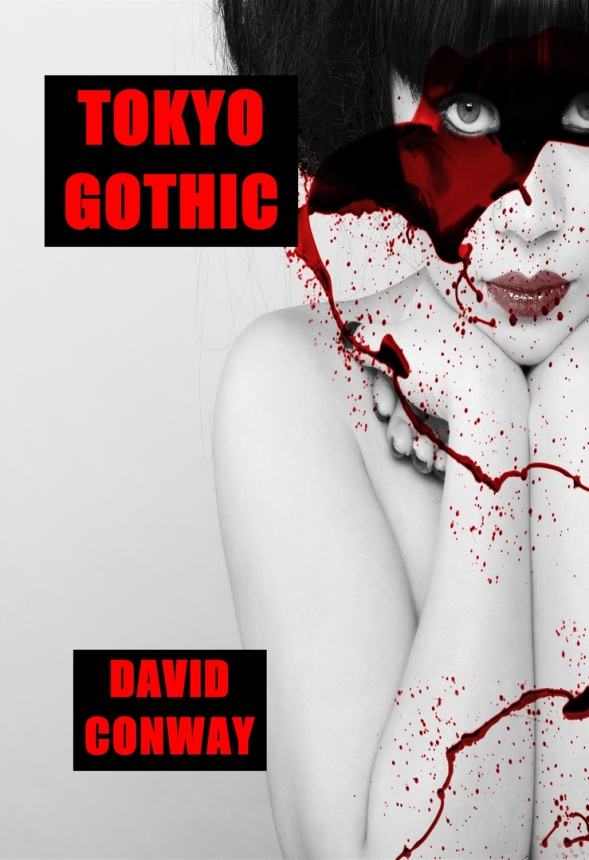 Tokyo. An eruption of madness and murder exposes a legacy of evil whose roots lie in an unspeakable atrocity perpetrated during the darkest chapter of Japanese history.  Enlisting the aid of Yuki Horiuchi, a gifted young psychologist, Inspector Koichi Sakamoto investigates a wave of bizarre, ritualistic killings committed by a mysterious woman known only as Taro.  Steeped in the esoteric symbolism of the occult, the inquiry uncovers a hidden world of secret societies, political conspiracy and horrific medical experiments.  And when he finally discovers Taro's true identity Sakamoto is drawn into a dramatic confrontation with the killer and the sinister forces that have driven her fatal crusade -- a bloodbath of death and desire ... and the ultimate realisation of his own destiny.

TOKYO GOTHIC combines the subversive conventions of the Japanese ero-guro style with elements of European grand guignol to create a startling and flamboyant tour de force of cross-cultural horror.

CONTAINS EXPLICIT MATERIAL OF A VIOLENT AND SEXUAL NATURE. 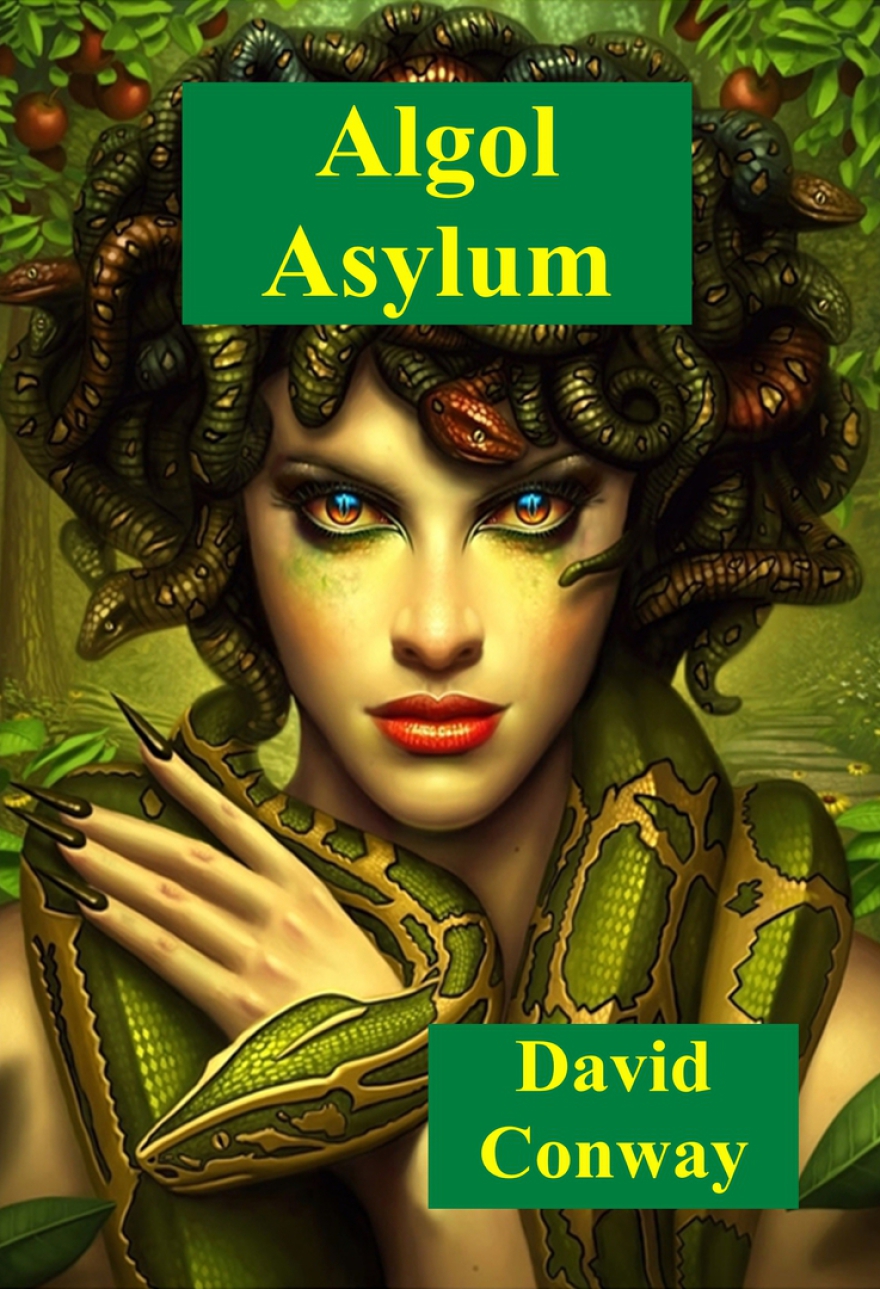 DAWN OF THE DEMON STAR

An unprecedented cosmic event -- the Algol Parallax -- wreaks havoc throughout the galaxy, and spells catastrophe for planet Earth.  Civilisation collapses.  Humanity faces the abyss of imminent extinction.  On the eve of annihilation Dr Thomas Lewis, director of Wyvern Abbey asylum, confronts the institution's most notorious inmate, Andromeda Polidori, leader of a doomsday cult whose esoteric doctrine may hold the key to salvation.  His investigations propel Lewis on a hazardous journey deep into the savage heart of darkness -- the emerald inferno -- that has transformed the world beyond recognition ... a fantastic odyssey that culminates with the revelation of his own magickal destiny and the fate of all terrestrial life. 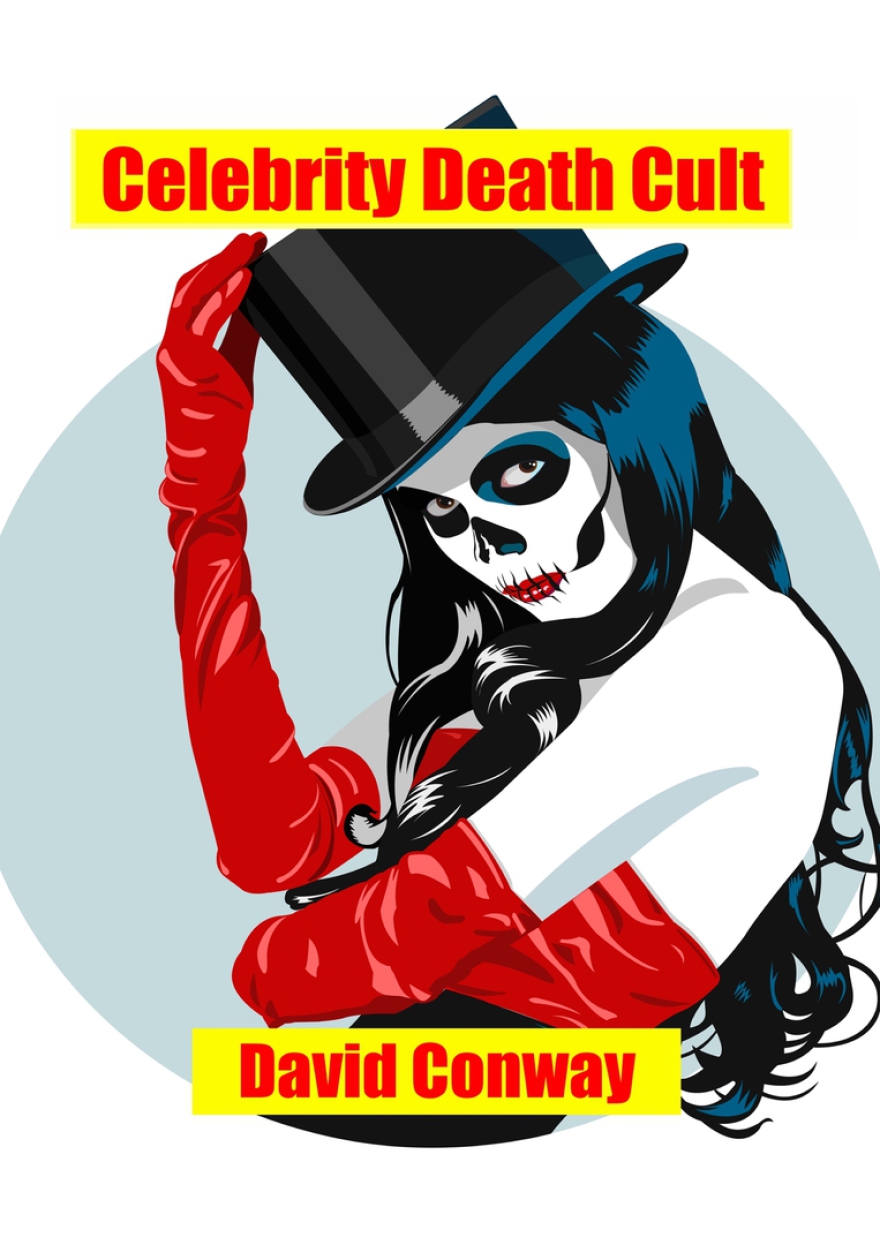 TURN OFF, TUNE OUT, TRANSFORM!

"WHEN I HEAR THE WORD CELEBRITY, I REACH FOR MY REVOLVER!"  The Revelations will be televised as the suicide bombing of a television studio and the symbolic on-stage martyrdom of a charismatic rock star present the world with a startling new phenomenon.  The Radicalized Celebrity.  Investigating a wave of attacks directed against high-profile media targets, lifestyle magazine editor, Miranda Black, participates in the A-List Asylum reality TV show staged in a disused madhouse by the controversial psychiatrist, Dr Phaedra Lake.  And, as the programme approaches its catastrophic climax, Miranda finally discovers the truth behind the escalating terror campaign and the subversive ideology its visionary founder describes as "a quantum leap into an unimaginable future."

CELEBRITY DEATH CULT combines elements of satire with the conspiracy-thriller genre and aspects of dystopian science fiction to describe a psychopathic mass-media environment in which the Cult of Celebrity, popular entertainment and the revolutionary impulses of urban terror collide head-on ... with catastrophic consequences. 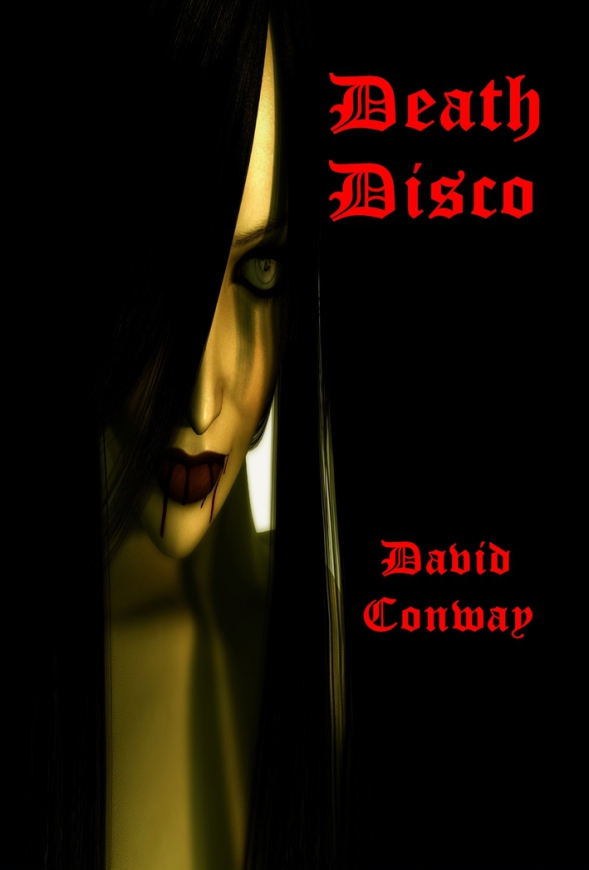 Inspired by the Book of Revelations, an enigmatic femme fatale embarks on a campaign of ritual murder, staging her crimes as a series of elaborate atrocities steeped in mystical symbolism.  Dispensing a deadly brand of divine justice, she preys on the members of a decadent elite whose depraved activities recreate the sadistic visions of history's most infamous literary madman.

Investigating the lethal spree, intelligence agent Justine Sinclair is caught in the crossfire between the mysterious killer and a cult of sinister fanatics whose malignant influence spans centuries.

And when the killer's homicidal mission reaches its spectacular conclusion -- a holocaust of apocalyptic proportions -- Justine must face the most startling revelation of all ... the truth about herself.

Available as a paperback from Radical Robot Books and e-book from Double Dragon Publishing. 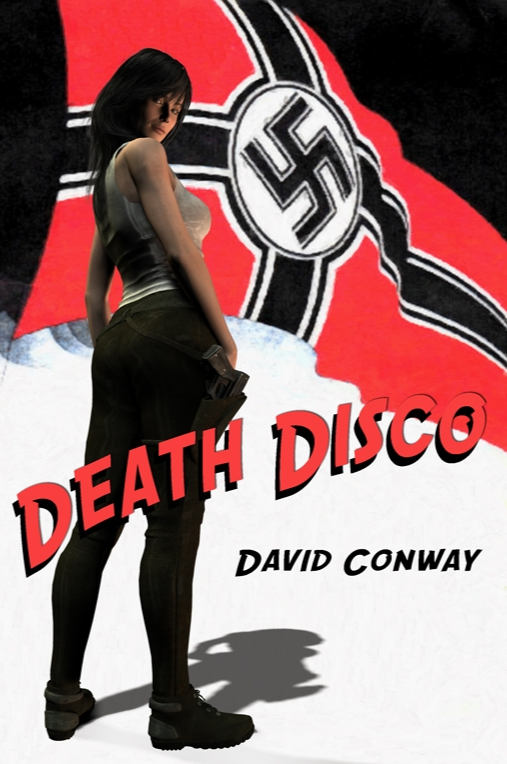 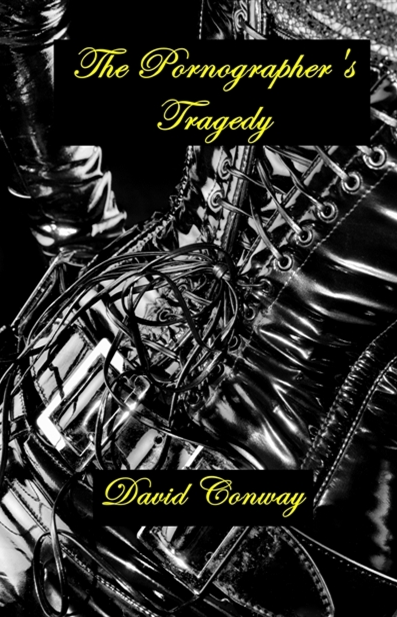 An eruption of sacrilegious slaughter -- a symbolic reign of terror unleashed by a mysterious assassin known only as the Samaritan -- exposes a vicious underworld of sadistic depravity, ritual obscenity and quintessential evil lurking beneath the civilised veneer of metropolitan London.

Investigating the slayings with the help of Dr Cassandra Stark, an enigmatic and brilliant psychiatrist, Detective Inspector James Verlaine is plunged into an infernal nightmare of snuff pornography, political corruption and a labyrinthine conspiracy dedicated to a monstrous totalitarian agenda.

And when he finally discovers the Samaritan's true identity Verlaine must confront the insidious power wielded by a secret elite that operates above the law -- and a sinister new technology designed to enslave the minds of millions ... 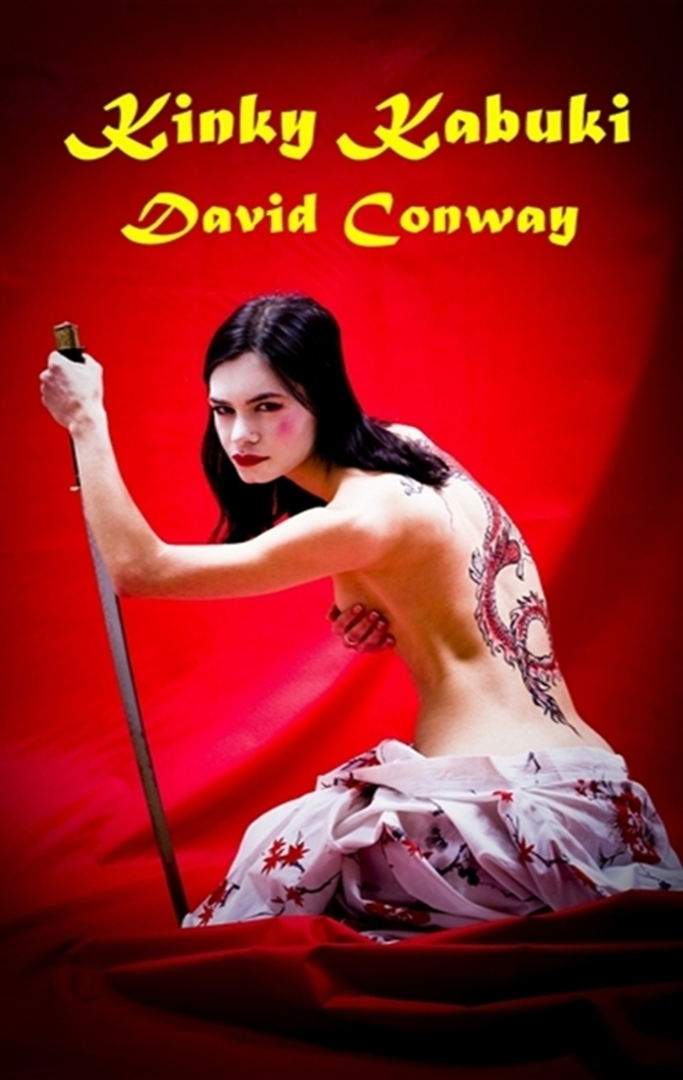 "THE GREATEST  PERFORMANCE IS THE ONE THAT ACHIEVES MADNESS"

Tokyo.  A serial killer known as the Doll Maker is stalking the streets of Kabuki-cho, preying on the prostitutes that work in the city's notorious red light district.  Obsessed with obscene fantasies and terrifying visions of an apocalyptic holocaust, the killer is a divinely inspired psychopath whose crimes incorporate elements of the occult, Buddhist doctrine and kabuki theatre.

Takeshi Harada, a disgraced former police officer, is hired by a powerful yakuza crime boss to track down the elusive killer.  Embroiled in a cycle of sex, violence and murder, the investigation leads Harada through the neon netherworld of the Tokyo vice trade -- its love hotels, image clubs and pink salons -- culminating in a life-and-death confrontation with the Doll Maker ... and a final chilling act of bloody, symbolic justice.

Available as a paperback from Radical Robot Books and e-book from Double Dragon Publishing. 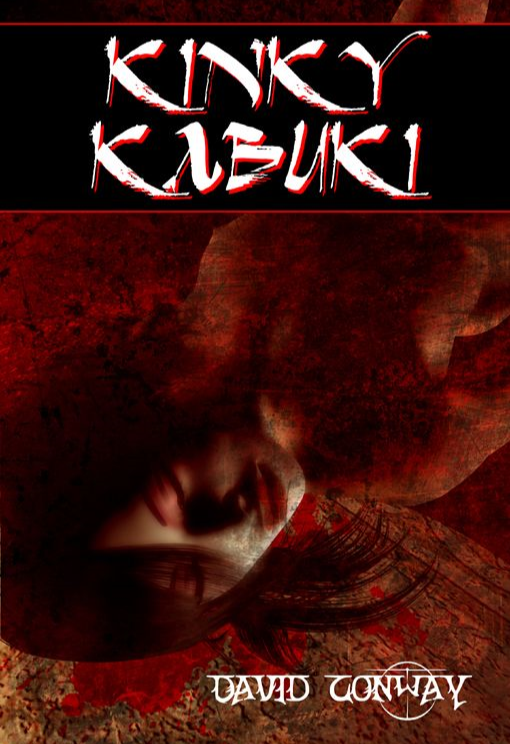 Also available to buy from Double Dragon Publishing as a Kindle edition and in other electronic formats: 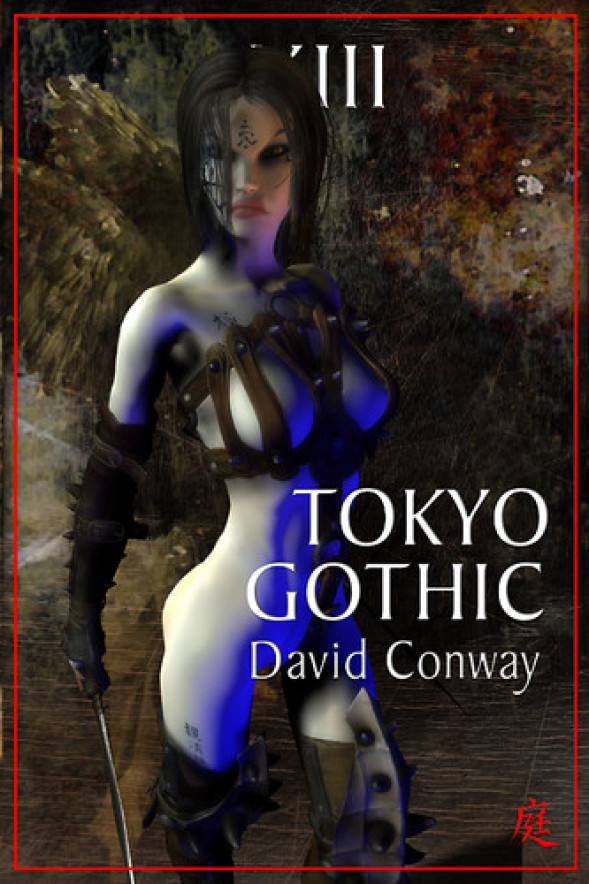