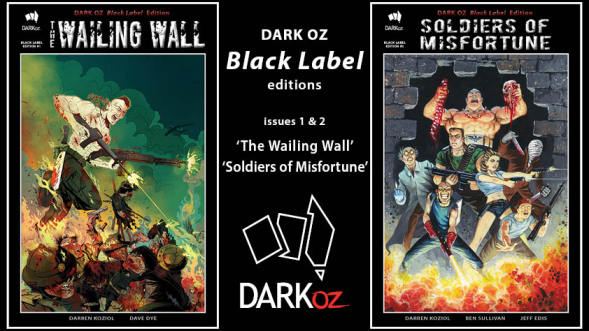 DARK OZ began with the publication of DECAY #1 in 2010.  And then -- after eight years and 23 issues of spine-chilling slaughter and gut-wrenching gore -- the time finally came to lower the blood-stained curtain on this grand guignol extravaganza with the publication in April 2018 of ... 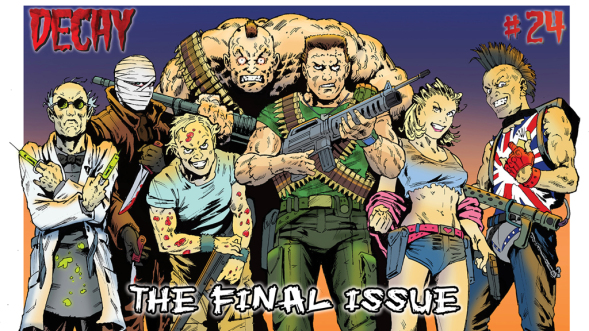 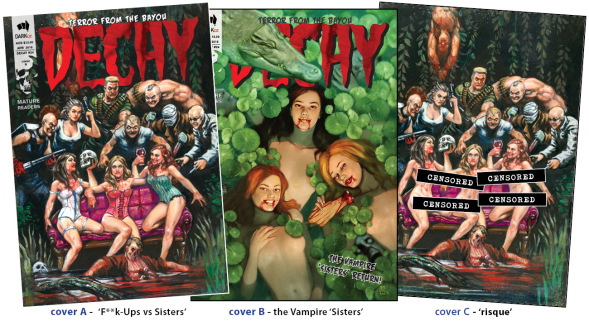 DECAY #24 features five complete stories.  A grand total of 52 pages with NO ADVERTS, showcased in an A4 'magazine' size -- three in brilliant colour, two in super-detailed B&W.

The Trench -- the end of the world, the extermination of the human race.  This is where DECAY started; the story was intended to lead Issue #1 (back in 2010).  It's finally been illustrated in masterful, hand-painted traditional art by Ben Sullivan, written by DECAY creator Darren Koziol. 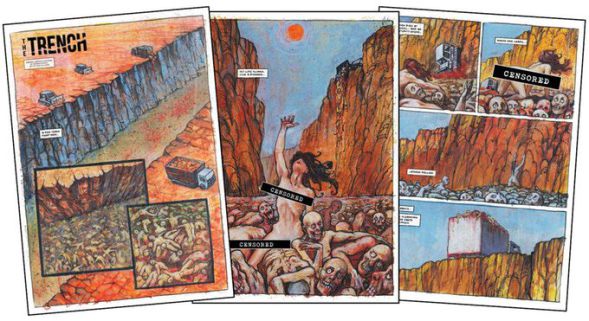 Death Rising -- for fans of the 1980 horror movie Death Ship.  A modern day luxury boat, full of young adults (partying and drinking) is hit by a rusted WWII German submarine.  The survivors live only to face more horrors and atrocities at the hands of Nazi Zombies!  Beautiful art and stunning colours. 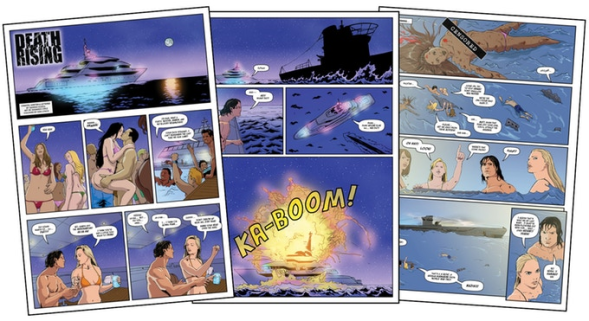 The Ties that Bind: Extended Ties -- a story that was created for a Clive Barker tribute book, and they were sent a censored version -- but it was REJECTED for being too extreme!  You get the complete uncut, uncensored story in DECAY #24.  Detailed B&W line art inspired by horror master Bernie Wrightson. 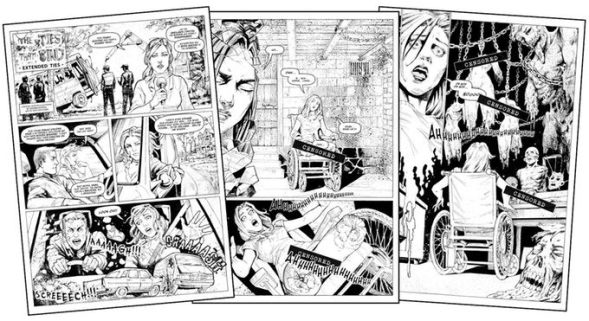 The Gotterdammerung Bug -- by UK writer David Conway.  David has previously written Vampirella, Lady Death and Marvel's X-Men Unlimited.  Set in a WWII concentration camp, it is absolutely brutal -- this story is Nazi Exploitation at its best ... with a twist!  The detail of the ink wash art sets a disturbing atmosphere. 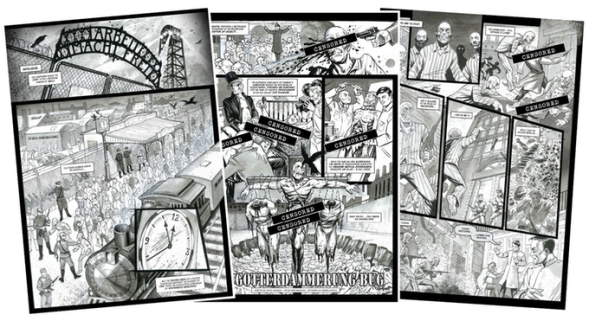 The F**k-Ups vs The Sisters -- intense and fast-paced.  The F**k-Ups are seven psychopaths who believe they're like the A-Team -- they try to help people (but they always f**k it up).  The Sisters are three beautiful, sexy and ultraviolent vampire sisters.  Put them all together, with a bunch of Louisiana rednecks in between, and it's a total over-the-top bloodbath! 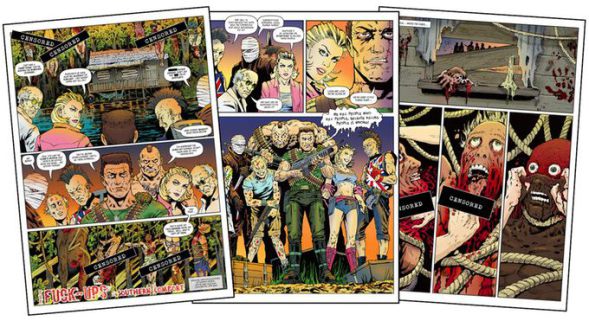 DARK OZ is an independent Australian publisher based in Adelaide.  Established as a hobby by diehard comic book enthusiast and creator DARREN KOZIOL in 2009, DARK OZ has grown to become Australia's leading comic book anthology publisher -- 52 pages per issue in 5 issues of RETRO SCI-FI and 23 issues of DECAY among other publications.  Every issue is a showcase of the incredible comic book talent Australia has to offer and frequently includes art and stories from a variety of international creators.  DARK OZ was the ONLY Australian exhibitor at the San Diego Comic Con 2016 (the world's biggest convention). 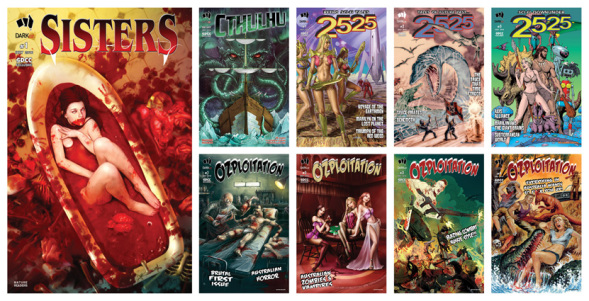 The quality of the titles produced by DARK OZ has impressed and amazed comic book fans throughout Australia and internationally, earning well-deserved critical plaudits.  Typical of the overwhelmingly positive response to DARK OZ comes from none other than PAT MILLS, the Godfather of British comics and creator of the legendary 2000AD: 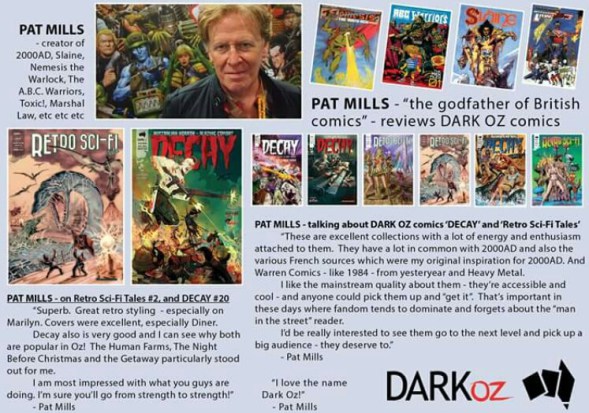 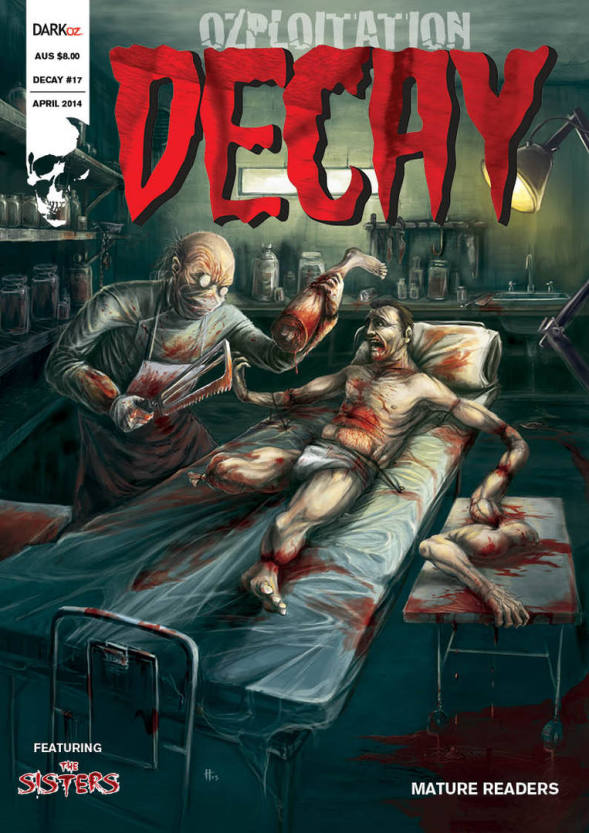 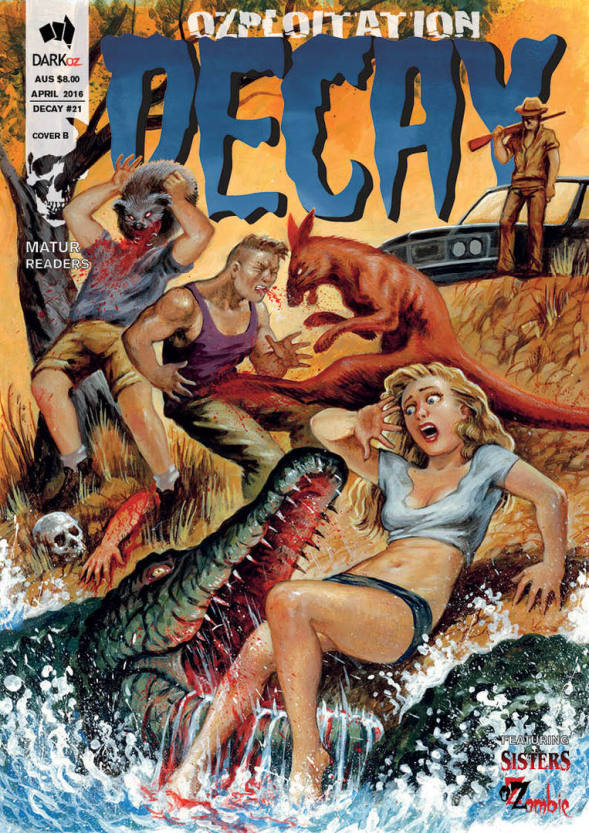 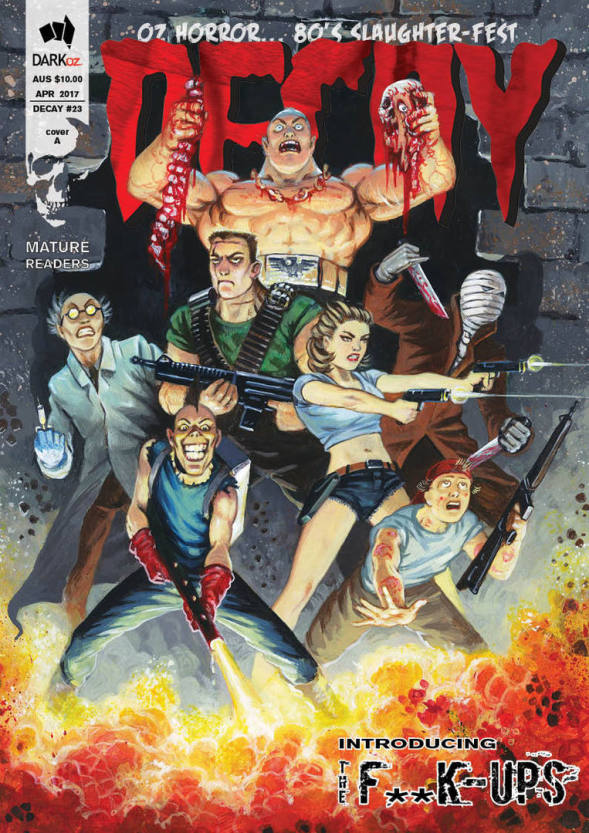 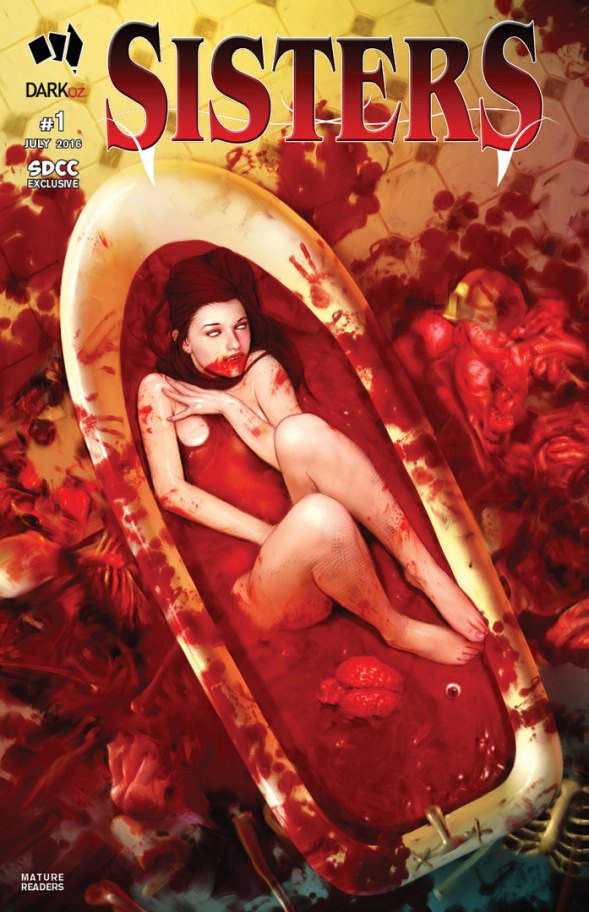